The Set is complete! 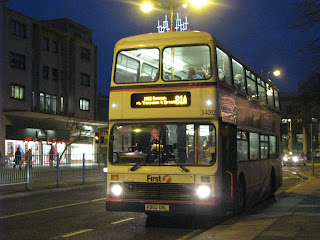 Or as many or my titles have been over the last few years. "K802 ORL returns"

Indeed the original Olympian is back at Torpoint after some 4 months away from the depot. This was after some major accident damage but she now has a new front end and is looking superb once again. Though they didn't bother with the interior! She still has the dull blue moquette where as the other 3 have the First group moquette. But it is nice to have them all back together after all these years. They've been apart since they were replaced on the X80 and were dispersed over Devon. This will also have been her first new 81A, though she has done many trips to Polperro on the old 81A way back in 2005/6. K802 originally replaced LFJ 847W before the influx of the C reg Olympians. 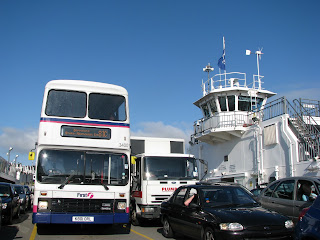 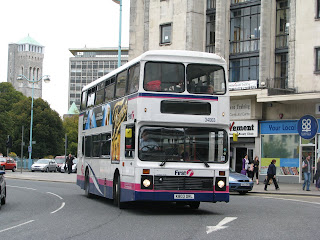 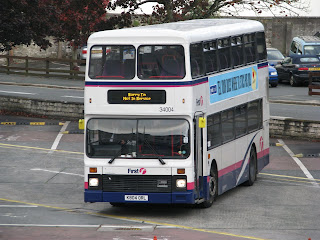 Posted by Laurence Mayhew at 01:34