A trip up the East Coast

Today I took a trip with the purpose of taking photos of the outstation at Totnes for the last time, before this depot closes in the new year.

The day started off with a uneventful and plesent trip down to Cremyll with Jim, across the ferry and upto town on an Enviro 200. 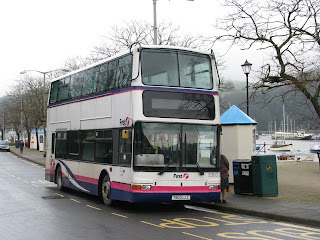 On arrival at Bretonside was my stead for 2 hours, this being T803 LLC, one of the London outcasted Tridents! These really are quite terrible for such a journey and really do struggle on some of the hills, as well as the relatively low top speed with a gearbox made for the roads of London, and not blasts through the Countryside! This was then made somewhat worse a passenger sitting fairly near me and to be honest after the leg between Modbury and Kingsbridge, I had to retreat upstairs, the smell was unbearable if I'm honest! But anyway the journey was pretty smooth though coming down to Blackpool sounds a warning buzzer alerted the driver of low water. He did continue the rest of the journey without fault, though the bus was swapped round on arrival at Dartmouth. 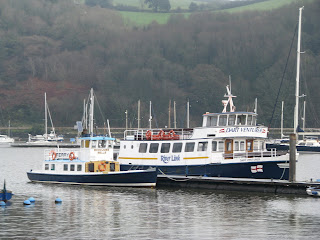 While there I took a few pictures of the various ferries that River Link own, along with Edgcumbe Belle which used to run the Cremyll Ferry in years gone by. 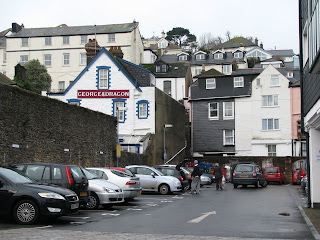 I also had a look at the remains of the original Dartmouth Depot which has now become a car park for Marks and Spencer. But to get to the current depot was up a, well, unexpectedly steep hill which took around 40 minutes to climb! I was expecting more of a 15 minute hop but no worry I had an hour before the 111 to Totnes! 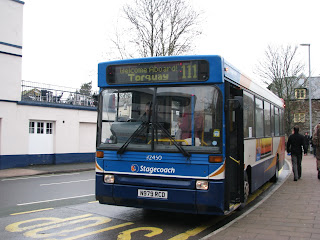 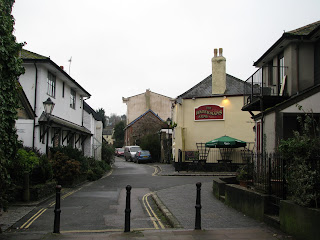 Again the journey from Dartmouth to Totnes aboard a step Dart was very plesent, and on arrival in Totnes it was across to Ticklemore Street and Victoria Place to see the remains of the original depot. Much has changed though some walls are still in place as they were when there was a depot in what is now a very quiet street! 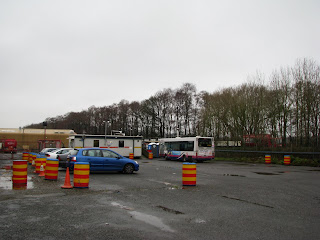 Then upto the new depot on Wills Road and really its more of an area which is marked up with some cones, than a depot! But nevertheless its still an important loss after Totnes having a depot for many years and really seeing its demise. The sole Volvo B6 was standing there along with the Portacabin. And then it was off upto Paignton on River Link's Dennis Dart K101 SFJ. As many of you will know this is the Ex Plymouth Citybus vehicle, and I must say, she's still got it! Bus of the day for the first time has gone to a Dennis Dart, what has the world come to! But indeed the older Darts do have a certain charm about them, and with that booming cummins down the back, they are a pretty decent bus. 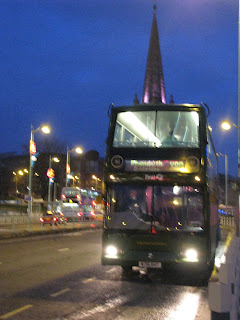 And then it was back down to Plymouth on the X80. This was my first trip using this service and now I see why it has such a bad reputation. Of the route which is over 2 hours long, just 8 minutes of this is spent doing 'express' speeds on the A38! Whatever happened to the meaning of the X! This was not helped by the driver changeover going far from smoothly, with the relief driver turning up some 10 minutes late, and then another 5 was lost doing his signing on. One of the worst parts of the route comes right at the end, where the bus is diverted off the main road into Plymouth past the Barbican Leisure Centre. I simply ask why in the world do you make pretty much the longest route from Plymouth, even longer by doing this?

And on arrival at Plymouth I'd missed the 81C, so it was back across the river via Cremyll again.
Posted by Laurence Mayhew at 23:52