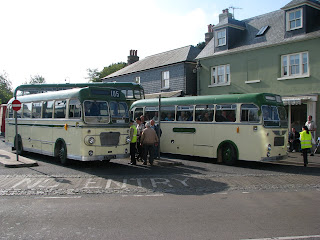 270 KTA has been owned by WNPG for many years now and has been seen at a wide range of rallies in the region over this period, her last event being the Plymouth Hoe Rally this 'summer'. Ironically myself and Dave rode on 420 on the Sunday. (or was it 1202?) Anyway she now joins SPG's (Sheppard Preservation Group) ever growing collection which now includes:

He has mentioned to me he'd always wanted to own a pair of something and now this has come true with the two SUs matching near perfectly. 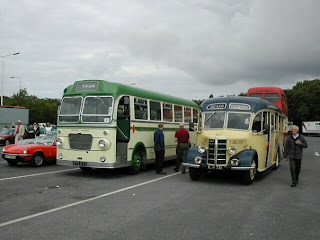 
270 KTA was sold due to funding problems within the WNPG. Sadly this is effecting the preservation circle, just as it is effecting real operators and WNPG has had to cut back on its fleet to save and make money at the same time.

Dave presents his show on Saturday nights between 10 and 1 on 95.7 FM so do tune in for the odd comment about buses (well really wherever he can squeeze one in!)

Good luck to Dave in the future preservation of the bus! It is great to have the sisters re-united!
Posted by Laurence Mayhew at 20:56