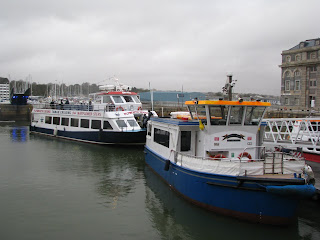 The last two days have seen Plymouth Sound operating the Cremyll Ferry, due to a steering problem on Tamar Belle. Journies at high tide have had to be diverted into the Royal William Yard because of space restrictions at Admirals Hard. Plymouth Sound being nearly twice the width of the Northern meant landing at high tide was impossible. Though it is quite a pleasure to have such a lovely vessel.
Posted by Laurence Mayhew at 22:17 No comments:

Disruption on the Cremyll Ferry 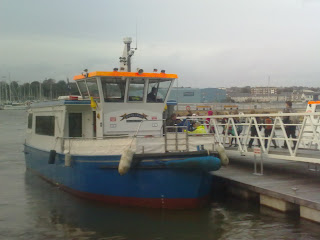 There was a short disruption on the 4:15 ferry this afternoon after the Tamar Belle became unserviceable. As Northern is in for refit and Plymouth Sound was on cruises, the Silver Crest was drafted in from the Royal William Yard to operate the service for the rest of the evening. Passengers had to go over to the dock at the Royal William yard to board as at high tide the Silver Crest, being wider, could not get in to dock at Admiral's Hard.

We sahll have to wait and see if Tamar Belle is up and running for tomorrow.
Posted by Laurence Mayhew at 17:51 No comments: 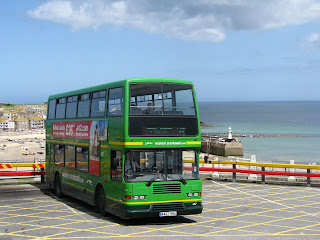 Western Greyhound has won the Independent operator of the year award for the 4th year out of 5, fighting off close competition from rivals Konnectbus who they run very close to every year. The judges were very impressed with the standard of the fleet upgrades to the low floor Optare Solos and its high quality rural services that they have reliably operated for many years. They even managed to make higher profits than previous years even in these bad economic times.

More good news is that Brighton and Hove have won bus operator of the year. Of course B&H are owned by the Go-Ahead group, which have been announced the preferred bidders for Plymouth Citybus. SO even more success could be heading our way!
Posted by Laurence Mayhew at 23:34 No comments: 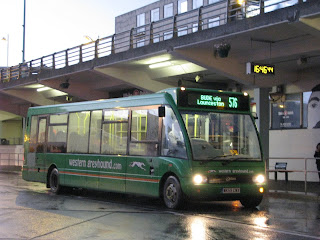 Western Greyhound recently took over the Bude to Callington section of FDC's 76 from Plymouth. But now WGL has taken full control of the route, and I must say its a very impressive start.

I was presuming to see a usual Vario on the service, though in fact it was being operated by one of the brand new '59' registered Optare Solos. Apologies for the bad photography, I was playing about with the camera too much, and the torrential rain wasn't helping! Shutter speeds can be such a nightmare in the rain!

Western Greyhound have also introduced serveral new routes down in Cornwall and are making a big impact on the county's bus travel. Great to see! 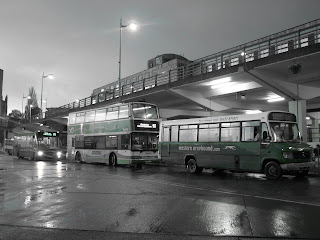 I very much look forward to the final result of the bus, though whether she'll make a journey back down here, I don't know, however much we hope!
Posted by Laurence Mayhew at 22:42 No comments: 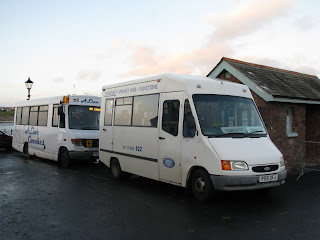 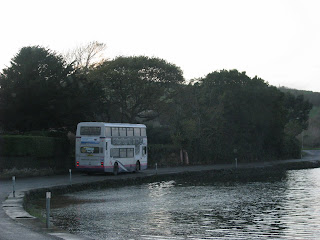 The drivers have all had a smile on their faces coming past on this route, I must say it is that bit more interesting and challenging than a blast over Maker!
Posted by Laurence Mayhew at 21:05 No comments: 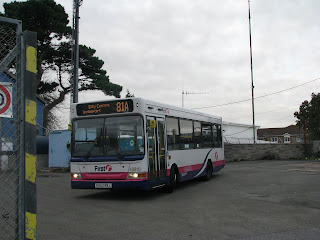 Torpoint has now gained a 3rd Dart, in the shape of 43810, a '52' reg Dart, previously in the Trevithick Link livery, based in Truro.

I must say I do prefer the newer Mini Darts, they always seem that bit more powerful, this particular example absolutely flies compared to the 2 S-regs. Sadly though what you gain in speed you loose in comfort, these having the horrible 'urban 90' seating.

It has been rumoured that these three will take over many of the Olympian duties, reducing Torpoint to just one Olympian.

Video will be uploaded of her shortly.
Posted by Laurence Mayhew at 21:20 No comments: