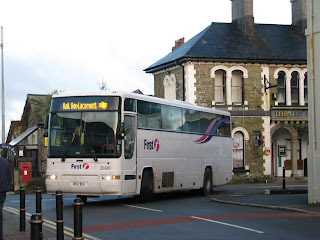 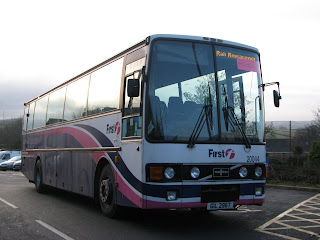 On arrival at Liskeard on Saturday I was greeted with a fabulous line up of coaches and I must be honest - I'd forgotten it was happening! It may have switched my journey around a bit going via Plymouth but there we go! Anyway the coaches had just arrived on the run from Plymouth these being S313 SCV, GIL 2967 and M92 BOU. I know which one I would have gone for! 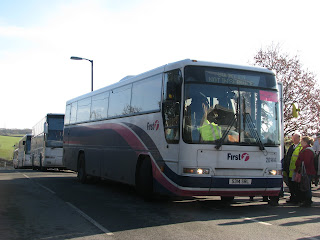 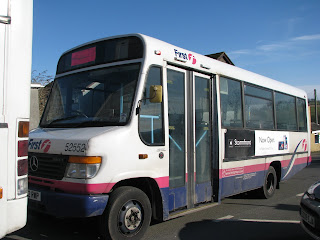 Then on the journey back the other rotation was on hand to get me upto Plymouth these being a slightly newer selection including S314 SRL (still in the old livery which personal I prefer), T2 TRU in the Truronian Coaching livery, R308 JAF and bringing up the rear for the run to St Germans was S552 RWP! I must say seeing her there was quite a surprise. But was nice to see her being used once again - especially while Solos were failing all around her!!!! Training Vario S536 RWP was also there as the operations bus. 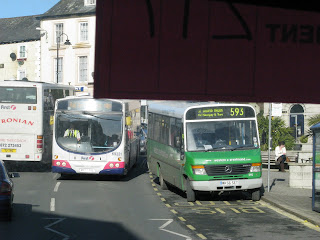 On the run through Liskeard there also appeared no less than three Volvo B7s including one in the 14/18 livery. All three were looking very empty when they went past. I presume these were working the intermediate station services. 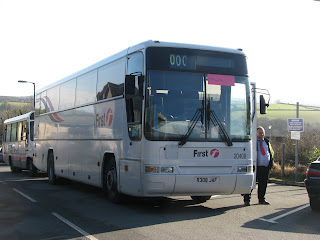 As I was whisked along aboard R308 JAF (that was the only one with places left after I'd taken pictures!) I couldn't help but think that really it would be nice to have coaches on more service routes. I mean yes I know in many respects its not practical these days and I'm sure wouldn't be greatly accepted by some bus users. But thinking back to the days they were often used on services such as the 76/X8 to Bude did make me think that the B6 was never a fit replacement! Though the Solos on the route are very good, you just can't beat a coach on a longer journey. 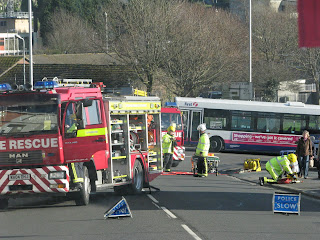 But anyway back to my journey through to Plymouth and it was all running very smoothly. Though on reaching Plymouth the drivers took the somewhat unusual decision to come off the A38 straight after the bridge and continue through St Beaudeux. And this then proved to be the downfall. There had been a fairly serious accident on the main road, and the first 2 coaches had got through just before the road was closed leaving us on the other side! We waited there around 20minutes before turning around and heading back towards the A38. A quick blast and we came off again (at the junctions I would have come off in the first place!) and completely the journey at the station. A half hour trip increased to around an hour and 15! But ahh well, these things happen!
Posted by Laurence Mayhew at 21:32