Blast from the past! 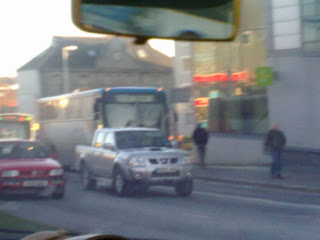 I'm sorry its a terrible picture - but as you can understand very rushed! While going through Plymouth what did I see but one of the P-X Volvo B10M coaches on its old haunt of the X38! Of course these have been gone for a while now, replaced on the route by a mixture of Tridents and Enviro 400s. But was great to see a proper vehicle on the X38 again. Something that is actually made to do a route like that. Though really much like the X80 - it spends very little time on the A38 compared to the route of old when there was the X38 and X39.

Since they were taken off the X38 they have driven the length and breath of the country doing Rail Replacement in many far off places in many other areas of Stagecoach. But this one found its way back home!

I've included a better picture from a few years ago to illustrate what it should look like! And slightly further down again is a picture of what P803 XTA has now become. A Driver Training Vehicle! Though I've even seen this one being used on RR at times. 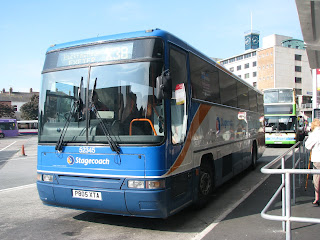 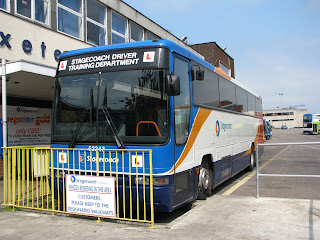 Posted by Laurence Mayhew at 22:10