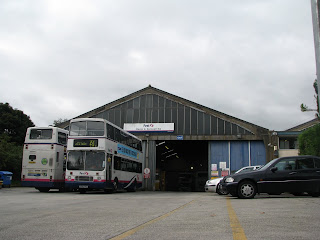 Yesterday saw the final operations from two of the county's depots.
Firstly I visited St Austell yesterday morning to take my first and final look at the depot. I had heard, though operations have stopped at St Austell this depot's engineering side will continue winding down for another 2 weeks. Strange to see this go as this was a well established depot with many routes running from it, though with the re-tendering process going on St Austell lost several routes to Western Greyhound and therefore was not viable to keep the depot in operation. Though even yesterday there were no fewer than 6 buses in the depot. 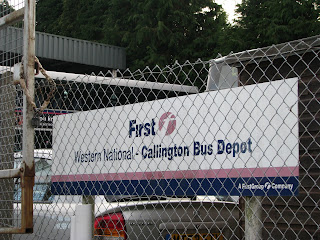 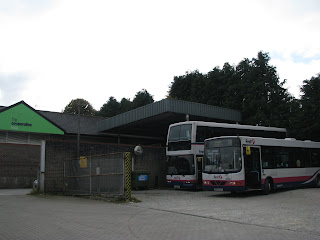 Secondly I took the chance to ride all the way to Bude and back with Dave of VR news. Likewise the depot at Callington where the 76 runs from closed yesterday. No winding down here though, all the buses were removed from the depot this morning, and there lays the ghost of what once was. Depot buildings are now a Co-Op and I'm sure the depot space will be a handy few extra parking places in the future! Again First has lost the 76, this now going to Western Greyhound as the 576. First are continuing a 76 as far as Lauceston but running from Plymouth instead.
First has now withdrawn all services from Bude. 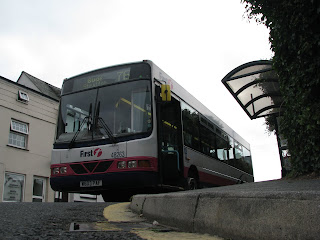 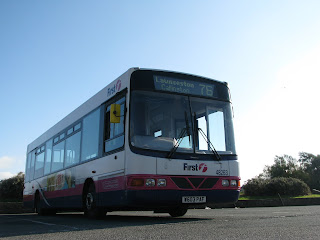