Cruising with the Cuff 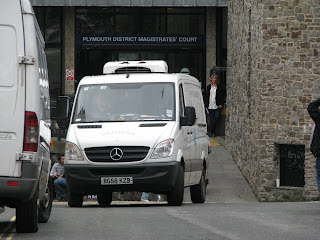 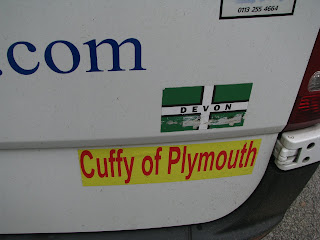 While waiting for my bus back home at Royal Parade today, who drove down but Derrick Cuff!

But not in a bus, his '58' reg Mercedes Sprinter! I waved at him as he went past and he pointed he'd pull over up at the Car park! I was soon aboard the beast and we were off on deliveries!
While doing the rounds with him I must admit I can see why he's enjoying it. Total freedom, your actually allowed to turn left when you want instead of what restriction your on. You can stop wherever you please, take whatever route you want, not have to pick up passengers. It was so much less stressful and less repetitive than bus driving. Even the vehicle was fun to drive. This Merc flew along even with a load of meat in the back!
I particularly like the branding on the van as the picture illustrates!
Posted by Laurence Mayhew at 21:26