For my final day out in the South West before the move to Huddersfield this weekend I decided on a few trips on one of the most picturesque routes in Great Britain, that being the 93 (incorporated within a round loop using the X80/1). Typically though, pretty much everything that could have gone wrong, did! 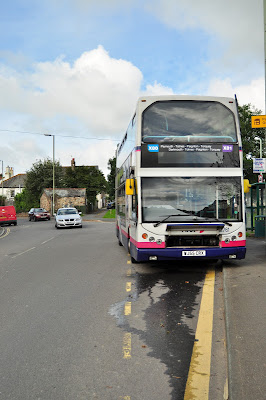 The day didn't start off well, with me missing the 0705 80 to Cremyll, but was no matter, the 81 via Torpoint would be along by 0720, only putting me back by half an hour in Plymouth. The Trident that came to greet me on the preceding service to the one I planned was, thankfully, one of the newer East Lancs bodied 55' plate Tridents, WJ55 CRX, and not one of the dreadful Ex-London monstrosities. And so content with this, I boarded in a relitively decent mood, despite not receiving the Olympian which I was hoping for. Things started to go wrong worryingly early on though, with the windscreen wipers coming on with no intervention from the driver at all! It was if they had a mind of their own. This was followed by a worryingly small turn of speed on the A38, and on reaching Lee Mill, only 20ish minutes into the journey, the alarms started going off, and the bus was pulled over in the village. We stepped outside to find water leaking severely from the front of the bus, a problem which has been re-occurring with 32761 a worrying amount of times. It seems to have started when she first starting getting used on Torpoint service, in which she ground out several times and with it damaged the water pipes, and henceforth they never seem to have been repaired properly. 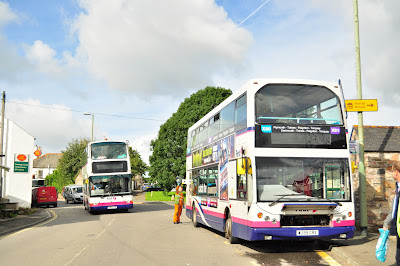 An hour passed by with the fitter unable to stop the leak, and therefore we were transferred onto the following service, operated annoyingly by Ex-London, LR02 LYS. Because we then effectively were getting two bus loads on one bus, the service got so packed that the driver actually had to start refusing passengers, it had completely reached capacity! And so I was very glad to leave the service in Paignton, to transfer to the X81 to Dartmouth! 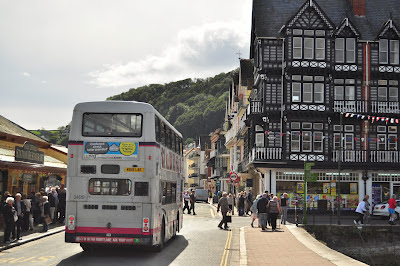 A very pleasant journey ensued aboard what I'd come looking for, Leyland Olympian K619 LAE! Despite being the 'worst' of the 4 still in service from Plymouth, she performed immeasurably better than the two previous Tridents, and we made good time along the lovely stretch of road right through to Dartmouth. 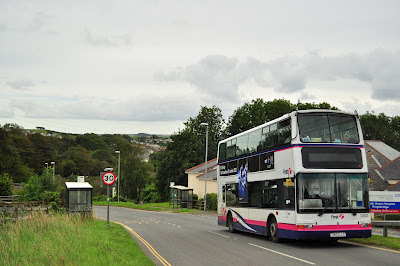 Because so much time had been lost with the breakdown, I decided on getting on the first 93 that came along rather than hanging around, and this unfortunately ended by being provided by another Ex-London Trident, this time from the even more dire T-LLC batch. Before we'd even got going, T803 didn't want to play ball, with her not starting on the button! Luckily, the depot supervisor at Dartmouth was soon on hand to open up the engine compartment to start her manually. But things still were clearly not right with T803, the was banging and clattering into gear when the throttle was re-applied from neutral as the Voith gearboxes do, and this preceded to get worse and worse during the leg from Dartmouth to Kingsbridge. At points it simply wouldn't re-engage, with the bus just revving uncontrollably before eventually pulling itself back into gear. Sure enough, just minutes after leaving Kingsbridge bus station the inevitable happened, and T803 LLC ground to a halt outside Kingsbridge Hospital. 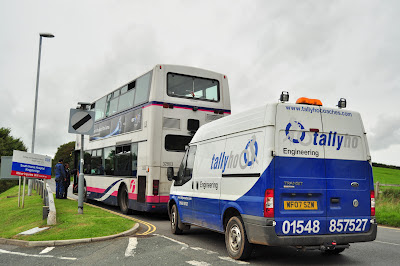 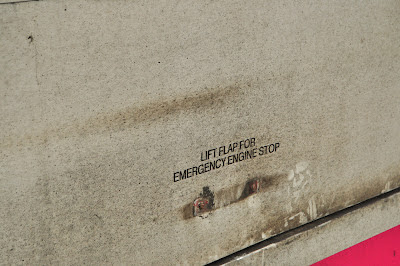 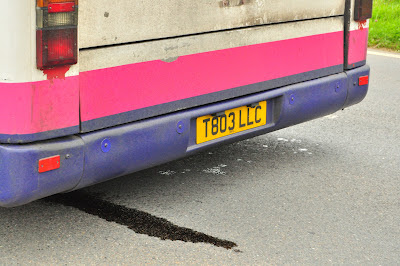 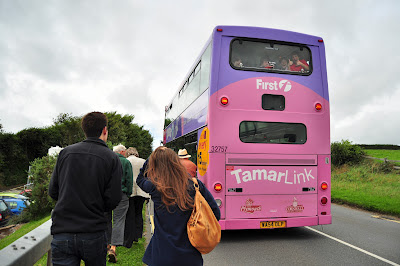 None of FDC's engineers were available to come out to fix it, and naturally there were no spare buses/drivers left for the service to be taken over, so another wait followed. Tally Ho! engineers did arrive to attempt to get her going again, but it was difficult enough just getting into the engine bay, with the handle having been broken off an hour earlier in Dartmouth! Unfortunately with AGF (automatic gearbox fluid) leaking across the road, there wasn't much hope, and therefore it meant another wait for the bus behind. This was even worse considering the next service is the one I particularly didn't want to travel on, the infamous school service 93! Because of its extra journey up to the school, it took even longer to come than was hoped, and after a good 1hr 20minutes of waiting, the ever dependable Torpoint Trident WA54 OLP materialised, and quite frankly I was very glad of it! The Torpoint Tridents have always seemed to be far more reliable than any other Tridents I've ever experienced, and naturally, 32757 carried a full and standing load capably and efficiently back to Plymouth. This included passing yet ANOTHER Trident that decided to litter itself across Devon on Tuesday, with Mayflower Link branded LR02 LYV disgracing itself in a particularly difficult place to get past! 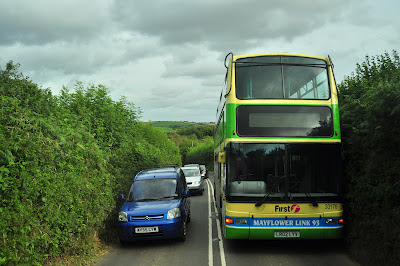 So, thanks for the sendoff Tridents! I'll be bloomin' glad to see that back of you...

Posted by Laurence Mayhew at 23:09

803 has a ZF gearbox, NOT A VOITH.
Its called ATF (automatic transmission fluid) not AGF, It looks more like a hydraulic fan motor or pipe split causing the fan to stop and engine to overheat.

All the best in Huddersfield Laurence, will miss your postings from down here but hopefully via flickr you can get some good stuff on camera up in West Yorkshire.
Cheers,
Nick

Sorry to hear you're going Laurence. Just as Citybus are finally revealing details of the new routes which today have appeared on Vosa.
Anyways, it was a real pleasure seeing you on the Hoe in July and our rants about overheating B7s and B10Ms with awful gearboxes, I've really enjoyed reading your blog and I wish you the very best for the future.

Have enjoyed your stories, Laurence, including this frustrating tale.

And people wonder why First have such a poor reputation nationally! They are good with trains I agree, but with buses they are shocking!

The sooner they sell Devon and Cornwall operations to another company the better.

Good luck in Yorkshire, take a warm hat, gloves and scarf for winter up there, not as mild as in the Westcountry.

@Moggy; Whoops, quite right, well done for spotting that, my mistake! Thanks for the correction on ATF though, that was something that was definitely wrong. May well have been, but interesting, no buzzers went off at all, unless they were broken as well!

@Nick; Thanks to you as well for your kind support. I shall most certainly be getting out with the camera at some point to explore, so many lovely locations in Yorkshire, very pretty county. One of the first blogs on the new blog next week will be from a Leyland Olympian event (you've probably seen the Yahoo group that organises them), so that should produce some interesting stuff to post.

@ Tom: Indeed, you're so right! There's so much I'm going to miss down in Plymouth over the next few months, but I suppose at least it will mean plenty of interesting stuff to see when I do return during holidays. I do hope the B10Ms haven't all disappeared by the time I get back, but god knows what will happen in the coming months, so much could change! Thanks very much for your support :-)

@Petras409: Thanks very much for your kind words, I'm glad its been of interest :-) As I've said on the latest post, do check back from time to time, I can't let PTOTPA die too prematurely!

@Anon 22:13: Yes, you're quite right! All of this completely ruins its image, especially when it happens multiple times within a day! Nothing looks like it will change that fast though... Thanks for the advise as well, indeed the climate is certainly going to take some getting used to! Scalf and gloves all prepared!

All the best in Huddersfield!

Good Luck in Huddersfield, I have enjoyed reading your posts.

I wonder why the Tridents are so bad, Stagecoach ones seem to be fine