Reminding me of home

I nearly forgot the most interesting spots of the holiday in Orlando, so lets take a step back and have a look at these before continuing. 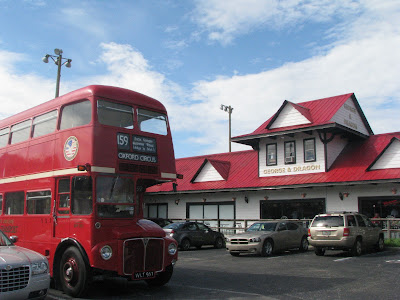 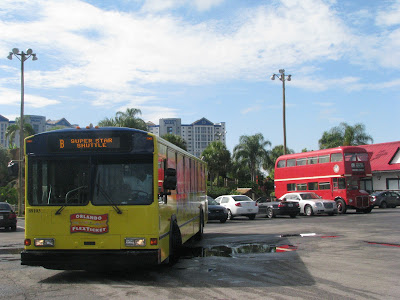 Firstly, was this Routemaster, WLT 951, which certainly seems to have got around a bit. She was seen outside an English style pub/restaurant type set up a short walk from where we were staying. She looked in very good condition, though seemed to be used more as a tool for capturing the attention of customers more than anything! This bloke kindly stopped his bus to allow me to get a photo of the 2 posed together, quite a rare shot! I've taken this overview of its history from www.countrybus.org: 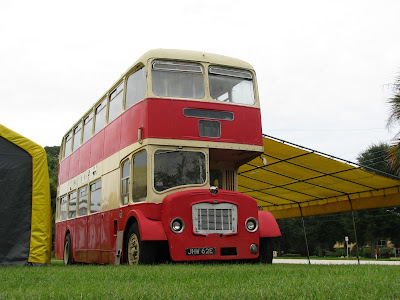 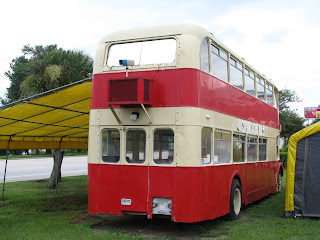 The best find came in the shape of JHW 62E, an Ex Bristol Omnibus, Bristol Lodekka. She looked like she may have been sat there a while, on the grass verge of this duel carriageway coming into the centre of Orlando. From what I could see she was actually serving very little purpose. There was a billboard next to the bus advertising space for RVs, but there was no real green site anywhere near the bus! The interior of the Lodekka was completely stripped, but there was a what looked like a generator along with some CCTV installed on the back of the bus. Good to see she's still surviving though, and in relatively good nick.
Posted by Laurence Mayhew at 21:58

This bus was owned by Dacks coaches od King's Lynn Norfolk UK. I drove her for two years on school trips days out etc. He also owned 61e and I had the pleasure of doing many miles in her also. I am looking for a FLF for myself just to use as a toy. I'd love to be able to purchase this one and bring her back home and restore her back to her full glory. Mike