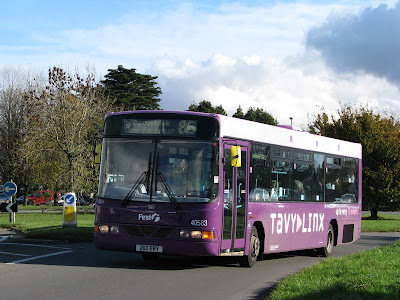 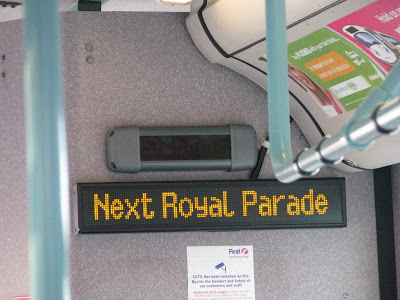 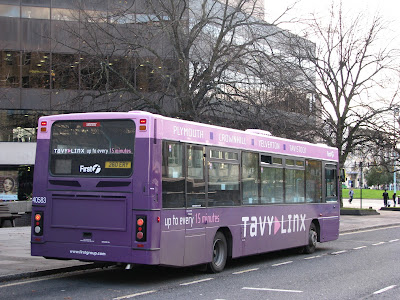 With the recent changes to the Tavistock services First are undertaking a re-branding for the service with yet more updates for the ageing Volvo B6s. The batch were first brought down from York to operate with other members of the batch that had originally been placed in Plymouth. Tavylinx vehicles always did look smart, but the new re-branding has really put them in a class of their own. The new deeper purple with some bodywork modifications has really made them stand out, I must admit, FDC have out done themselves this time! They are also being re-licensed losing their original licence plates and replaced with private ones covering up the age! It was reported that they are being fitted with leather seats, but the example I saw didn't appear to have them fitted. The buses now also have real time information systems on board showing the current location of the bus updated constantly via GPS tracking. I was sceptic but actually its very impressive. I didn't know half the places that came up on the screen even existed including attractions such as golf courses and nearby hotels. 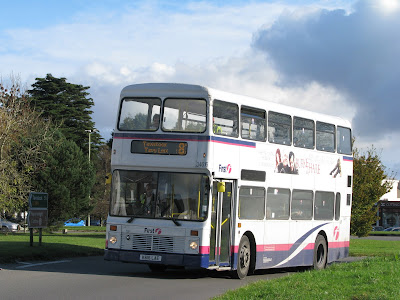 Though I must admit, the star of the show was somewhat unexpected. When I first went up to A18 I expected to see a Volvo ready and waiting in the new terminus, but no, it was good old K616 LAE! She has spent much of her recent time down in Cornwall, but with the batch starting to dwindle, this could spell the end for K616. However much I hope not, I do fear she is only having a short spell in Plymouth before possible departure to the scrapheap? She did give a fantastic ride across the moor though, there's just nothing like a good thrash on an Olympian. Though the gearbox was very poor at low speeds with a lot of slipping, with the changes being quite sudden and jumpy. Of course the gearboxes will be fairly worn with the buses previously spending their life running around Bristol all day.
The rest of the workings were a few B6s along with 2, possibly 3 Tridents all out on the 83/4/6 as well. Of course capacity issues were a fear with services running into Woolwell now, so FDC seems to be making the correct precautions by using deckers on the service.
Posted by Laurence Mayhew at 23:14