Bus shortage at Torpoint and its good night from her 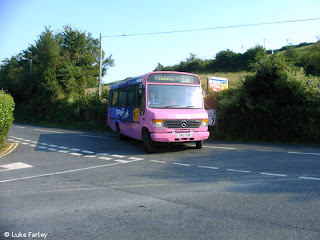 I only found this out today but news in that Torpoint Mercedes Vario 52529 has been written off iin a crash on new route 181 near Liskeard aftere a collision with a car at a Junction. I hope to get more news on this and maybe a picture but I have been told that she is in Laira Bridge depot at the moment. This leaves just two Tamar Link liveried Mercedes Varios.
Torpoints oldest Leyland Olympian 30065 has left and has been transfered though I do not know where yet I hope to be able to update you on this. For some reason the picture won't load of this so I am providing a link below. http://www.ptotpa.fotopic.net/p39678785.html 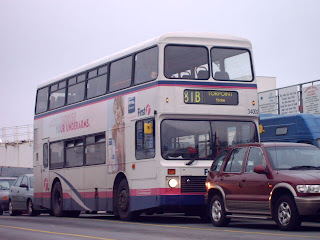 34002 Torpoints only Volvo Olympian has been transfered now to Callington.

And last week over the course of just a few days three of the Dennis Tridents all of a sudden became unreliable and broke down. All three had to be taken into Plymouth to be fixed.
Posted by Laurence Mayhew at 17:35